Discover La Jacques-Cartier and its history! 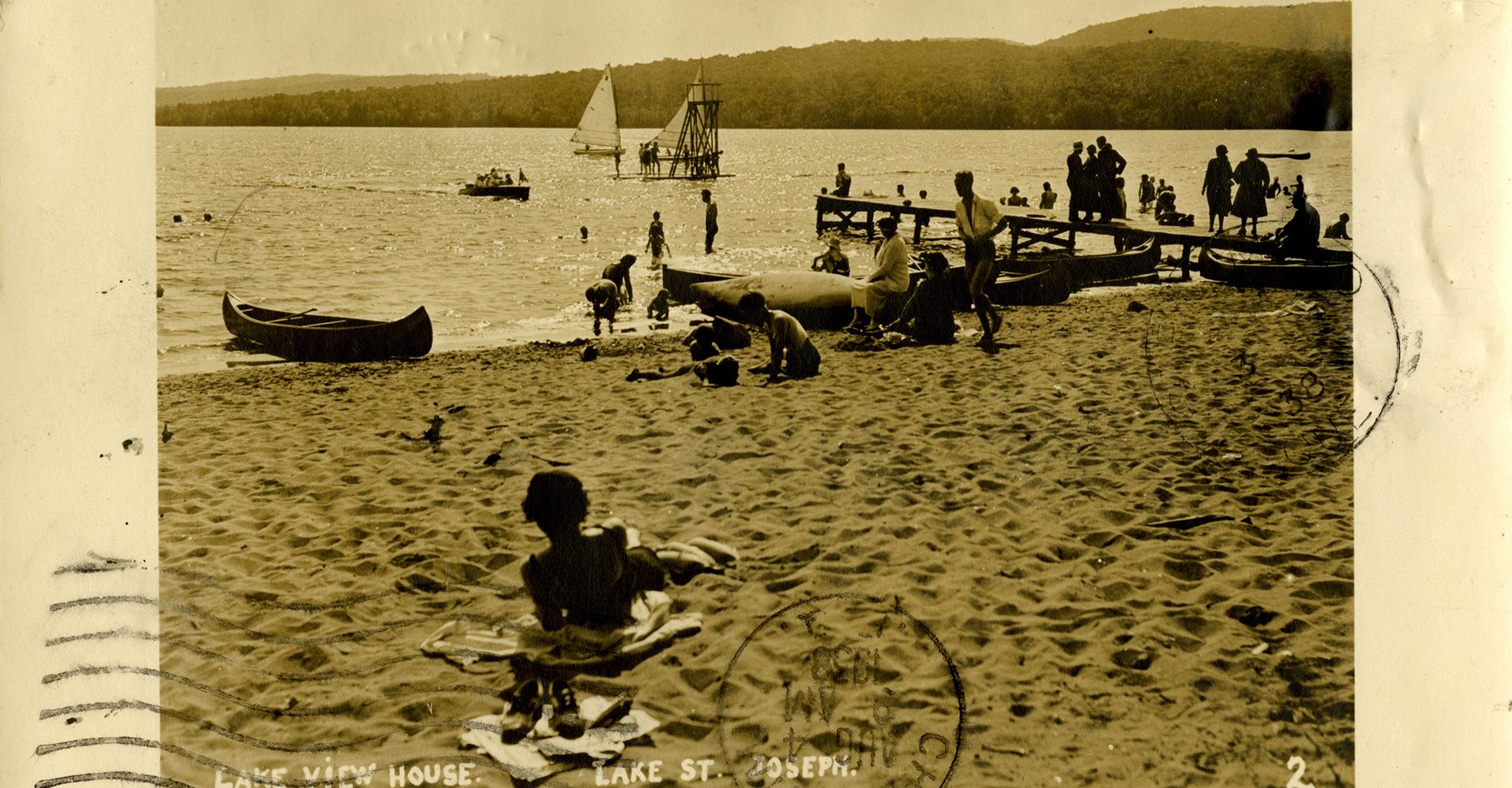 It’s sunny out. You’re feeling antsy and need some fresh air. What to do? Why not take your car, motorcycle, or bike and follow the silver, blue, and green steel structures that make up the Discovering the Jacques-Cartier Valley circuit! Follow the 10 markers with sound capsules and interpretive panels in any order you like as you crisscross the region. A fascinating history awaits! We’ve put together three suggested routes for you.

Work on your cardio with a walk, jog, or bike along Fossambault-sur-le-Lac’s multipurpose trail. At the corner of Gingras and Anse-Bellevue streets, take a break… or jog in place! Take advantage of the pit stop to listen to the sound capsule from the marker at the edge of the trail. The voices you hear will take you right back to the golden age of resorts in the municipality. Make sure to take a detour through the little streets nearby, too. Like the city folk who flocked to the area in the late 19th century, you’ll be charmed by the picturesque landscape and stunning views of the beautiful Lac Saint-Joseph.

Continue on to the Saint-Joseph-du-Lac Chapel, just under three kilometres away. Then it’s time for another little break! You’ll find another marker on the edge of the trail, close to the neo-Gothic chapel. Take the time to listen to the history of this former place of worship, which was built in 1902 for vacationers of the past.

Turn around and head to Sainte-Catherine-de-la-Jacques-Cartier to grab a bite to eat at your favourite restaurant. Why not go to the Parc du Grand Héron while you digest? Make sure to stop in front of the nearby Centre socioculturel Anne-Hébert for another marker! See the beauty of the area’s landscapes in a new light as you take in excerpts from works by Québec literary titans Anne Hébert and Hector de Saint-Denys-Garneau. Once in the park, you’ll be able to enjoy even more work by these two local authors thanks to the panels along the La Liseuse trail.

How about a bike ride on the Jacques-Cartier/Portneuf cycling path? You can ride up to Shannon, then stop at the wagon for a sip of water. While you’re at it, take the time to learn a little about the history of the railroad that now serves as a bike path. All aboard… the audio journey! ☺

If you feel like it, get off the trail and head to Saint-Gabriel-de-Valcartier. At the municipal park, right next to the beautiful Clark Bridge, take a moment to relax and learn more about the municipality. There are two markers to discover there: one tells you about the construction of the metal bridge that spans the Rivière Jacques-Cartier, the other shares the stories of the first residents who formed the cultural mosaic that characterizes this part of the region to this day.

Next stop: Stoneham-et-Tewkesbury to sate your thirst (and your curiosity)! After a good microbrewery beer, it’s just a hop, skip, and a jump to 1re Avenue for a little stroll. Along the way, you’ll pass a few houses with ties to the establishment of the forestry industry in the early 20th century, followed by the Saint-Edmond Catholic Church in the heart of a heritage site. You’ll easily be able to spot the bright colours of this marker on the circuit. By reading the interpretive panel or scanning the QR code with your mobile device, you’ll learn what the beautiful white and red farm building behind the rectory was used for. You’ll also meet some of the “farming priests” who tilled the municipality’s soil.

For brunch, head to the Manoir du Lac Delage! You can always walk around the expansive grounds to work up an appetite while enjoying the superb view and tranquil surroundings. Before you sit down to eat, take the time to learn more about the birth of the city, which was built for leisure and tourism. The marker is right at the manor’s parking lot.

Are you a lover of lakeside landscapes, mountains, and art? It’s time to hit the road for Lac-Beauport! Park at the yacht club to get a better view of the lake and the natural surroundings. In the park, you’ll discover the diverse talents of many local artists who exhibit in the Corrid’Art. Amongst the large panels highlighting the visual and literary arts, you’ll find a marker with a sound capsule. Take a few minutes to listen! You’ll learn that the municipality was a choice site for new water and winter sports, as well as new competitions.

After that, you’re already at the last stop: Sainte-Brigitte-de-Laval! At the heart of the municipality is Richelieu Park, which features a lake in the middle. It’s a great place to relax or catch fish! When you arrive or before you go, make sure to read the sign attached to the marker. You’ll learn all about the Rivière Montmorency, which crosses the municipality, and its connection to the drivers of old.

So, are you up for Discovering the Jacques-Cartier Valley? 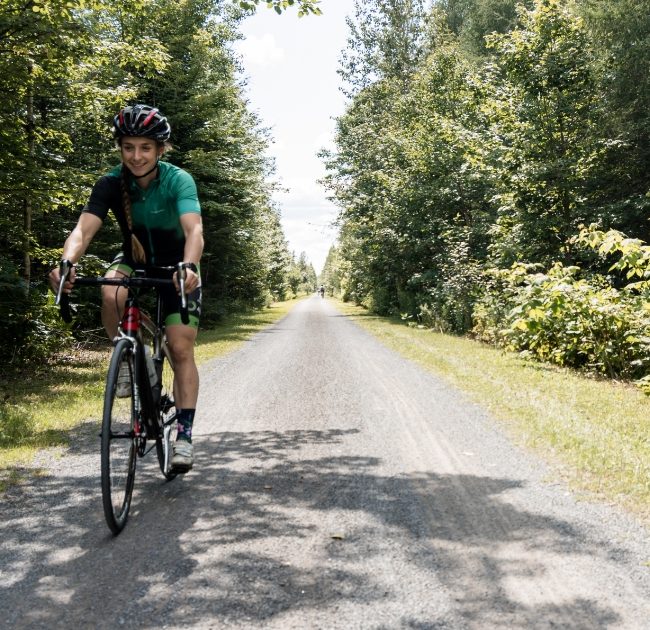 10 good reasons to ride the Jacques-Cartier/Portneuf cycling path this summer! 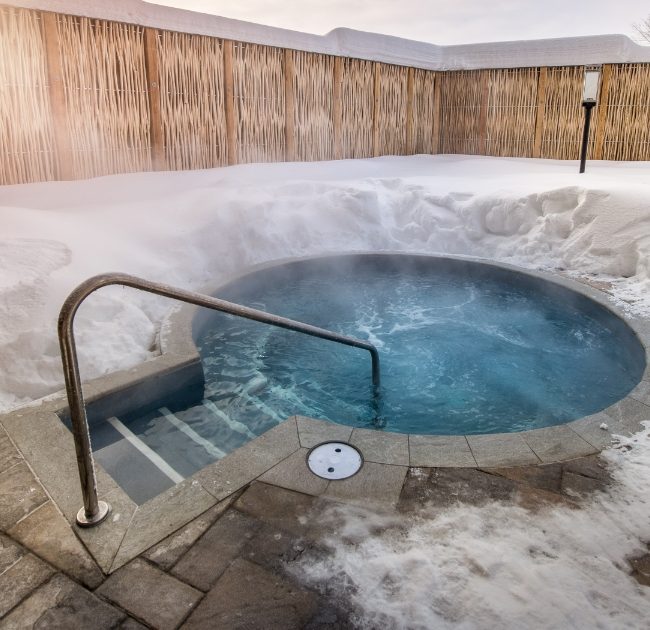 Finding your zen: 3 spas to help you relax